Nowadays, insecurity has become an alarming concern in a fast mode. To avoid being in panic of so much crimes in your home, workplace, and business facilities, setting up a CCTV System helps in ensuring security surveillance.

In most cases, developed countries such as Australia are experiencing increased government interventions and public concerns about the installation of CCTV Systems in public spaces to monitor security and crimes. Majorly, one concern has been about expanding rapid widespread of Security Cameras in malls, airports, casinos, cities, and business facilities. This effort has facilitated immediate responses in combating crimes in public spaces.

However, although CCTV Systems have been installed rapidly in public spaces, it remains a contentious measure whose appropriateness and outcomes are fiercely contested. However, critics have it that there are major downsides of Security Cameras in public spaces. A significant concern is that CCTV Systems may explore on already vulnerable incidences in the population leading to social exclusions. Moreover, other concerns are related to possibilities of using CCTV Systems in undermining individual freedoms.

A tool for detection and identifying crime offenders

In Australia, CCTV Systems has increasingly become a significant feature in detecting and identifying of crime offenders. For those individuals who attempt crimes in urban centres, malls, shopping centres, and banks, they are identified by the Security Cameras and effective measures are put in place to arrest the culprits.

CCTV Systems account for significant crime prevention as crime offenders have the fear of being identified. The security cameras are designed in such a way that, they identify every feature of the culprit and proper analysis is used by comparing features of the offender with those in the database to identify a match.

Carrying out a traffic survey

CCTV Systems can be used in monitoring the traffic flow in a city centre such as Sidney. In case of reconstruction of a city centre, CCTV Systems monitor the flow of traffic to facilitate accurate analysis of data. Without use of CCTV in monitoring traffic flow, it becomes difficult and expensive to take observers to junction so that they manually count the vehicles passing in twenty four hours a day to provide the required data. In fact, such data will account for inappropriateness in accurate analysis.

However, in the case of carrying out traffic survey, it is appropriate to use CCTV Systems. The CCTV Systems are connected to video recorders, which provide significant recording that include details on types of vehicles, their numbers, and the routes they take at each interval of the intersection. Use of CCTV Systems in carrying out traffic survey proves to be an effective solution that provides far much accurate data for analysis than manual survey. 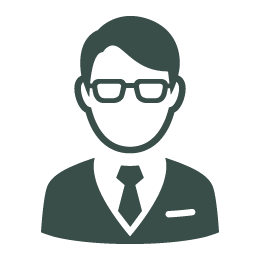 Thank you for visiting my blog! Hi, my name is Larry. A few years ago, our neighbourhood had a series of break-ins. Several neighbours had expensive goods taken from their homes and garages at night. I was worried about the security of my own home, so I called a security consultant. The consultant visited my home and inspected the locks on the doors and windows, my alarm system and the fences in the garden. He then created a detailed report which listed actions I should take to improve my home security. I installed CCTV around my property and added a reinforced security door to deter thieves. I decided to start this blog to educate others about home security.